8 months and Elena at WTA!

Congratulations to Elena Bairashevskaya on getting the WTA ranking!!

It took Elena less than 8 months with us to become a player of a completely different class and get her first points on the WTA Tour, and then to become a WTA Tour player, having received a ranking.

Daria Shauga, Elena Bayrashevskaya, Valeria Vasilyeva who worked with us in a fairly short time of work with the team reached the top positions of the Belarusian rating, received an international rating, convincingly played their first matches in the basis of professional tournaments, which they had not even dreamed of before. For example, We sincerely cheer for their success and wish them to become the 1st racket of the world.

Good luck to you!

Want to join the our team?

Congratulations to the winner of the Grand Final of the IV CP.by Cup 2021 Elena Bairashevskaya !!!

She begins the next year in the title of the Cup champion and the holder of the challenge trophy “Rising Star”, on the plate of which her name is already flaunting, along with the names of the winners of the Cup of previous years – 2018 Alesya Yakubovich, 2019 Daria Shauga, 2020 Irina Shimanovich.
This is Elena’s strong claim for her future accomplishments and the success of her cp.tennis team and coach Robert Clark and the hard work that in less than a year has led Elena to her first professional tour-based win and an international ranking. At the moment, in the ITF Pro tour rating, Elena is ranked 19th among Belarusian women and is fighting for entry into the WTA rating. We wish her every success and achievement of her goals and, of course, victories in the WTA.

The tournament series of IV CP.by Cup 2021 is over. The Final ahead! 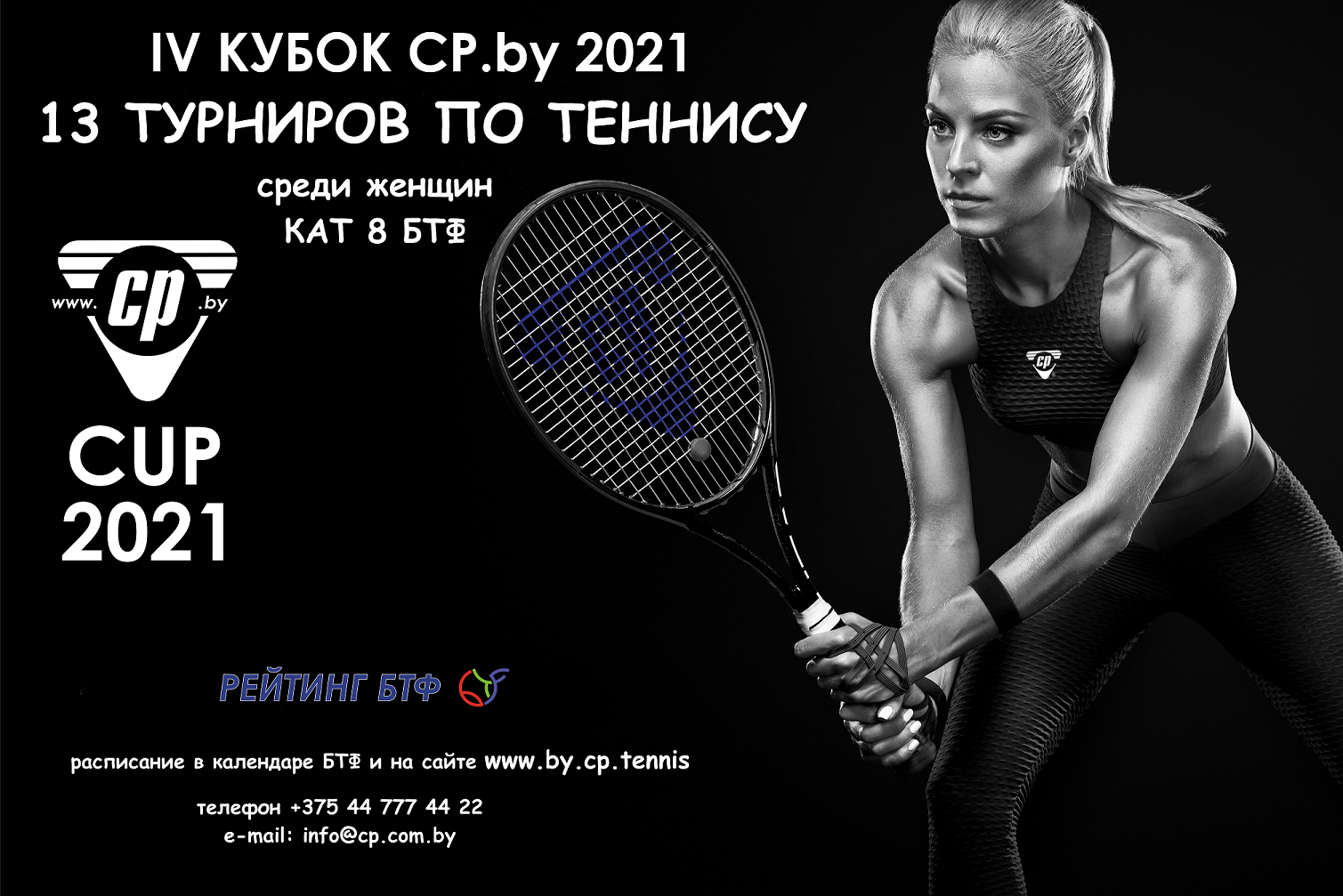 Cp.tennis, which slogan is CP TENNIS ACADEMY TEAM – FROM TEENS TO WTA/ATP PRO TOUR TENNIS PLAYERS is organizer of the annual CP.by Cup in tennis among athletes (women) of national and international ratings, summed up the results of the annual tournament series. In the IV Cup in 2021, 11 tournaments in the Cup rating standings determined the 8 strongest players of the Cup out of 34 tournament participants aged 15 to 21 years.

At the same time, only 5 girls won intermediate tournaments – 5 times Daria Shauga (ITF 1259, born in 2003, Solnechny), 3 times Elena Bairashevskaya (ITF 1758, born in 2001, cp.tennis), and once a victory on the account of Valentina Efremova (BTF 15, born in 2004, Smena), Anna Vinogradova (WTA 1553, born in 2003, RCOP) and Yulia Yurkova (BTF 41, born in 2006, Vitebsk).
The final table of the overall standings and the grid of all tournaments – here.
On December 17, the Final of the IV CP.by Cup begins, in which the 8th best players of the tournament series qualified. They will play a circular grid on CP.tennis courts and the winner of the Final will become the winner of the IV CP.by Cup and the winner of the challenge trophy, on the plate of which the names of the winners of the Cup of previous years are already flaunting – 2018 Alesya Yakubovich, 2019 Daria Shauga, 2020 Irina Shimanovich.
Who will be the winner of this season? Do not forget that in case of refusal of any of the best 8s, applications for the final from the players of the Cup rating will be accepted, and a wild card can also be issued to any other player.

For the 4th time, the traditional annual series of professional tournaments of our CP.tennis academy for women has started. Every two weeks, the players of our tennis Academy and other participants in the professional national and ITF / WTA rating test their skills in hot tennis matches. Coaching is allowed! This is a great opportunity both for the players of our team and for everyone else to practice and get points of the national rating, check the developments with your personal coach, prepare for the ITF / WTA tournaments.
The schedule of the annual series is as follows:

No Covid lockdown yet! We take all measures to avoind any contagent during tournament according ITF regulation!

The first 8 players from the overall standings of the CP.by Cup 2020 qualified for the final and participate in the round robin – Yakimakho Alisa, Bairashevskaya Elena, Sheludko Anastasia, Zhadinskaya Victoria, Kruk Erika, Efremova Valentina, Vashkevich Milania, Shymanovchi Iryna. Zhadinskaya Victoria and Kruk Erika withdraw from the final, their place in the draw was taken by Valeria Vasilieva and Anna Sergel (#9 and 10 in Cup rankings).

The final tournament was played according to the WTA / ITF rules in a round robin system with division into 2 groups. The first group included Iryna Shymanovich, Milania Vashkevich, Alisa Yakimakho, Valentina Efremova. The second group consisted of Elena Bayrashevskaya, Anastasia Sheludko, Anna Sergel and Valeria Vasileva. The matches in both groups were quite intense. Many matches spanned three sets. The participants were not going to give in to each other, each aspired to reach the final and compete for the Cup and Grand Prix of the final tournament. 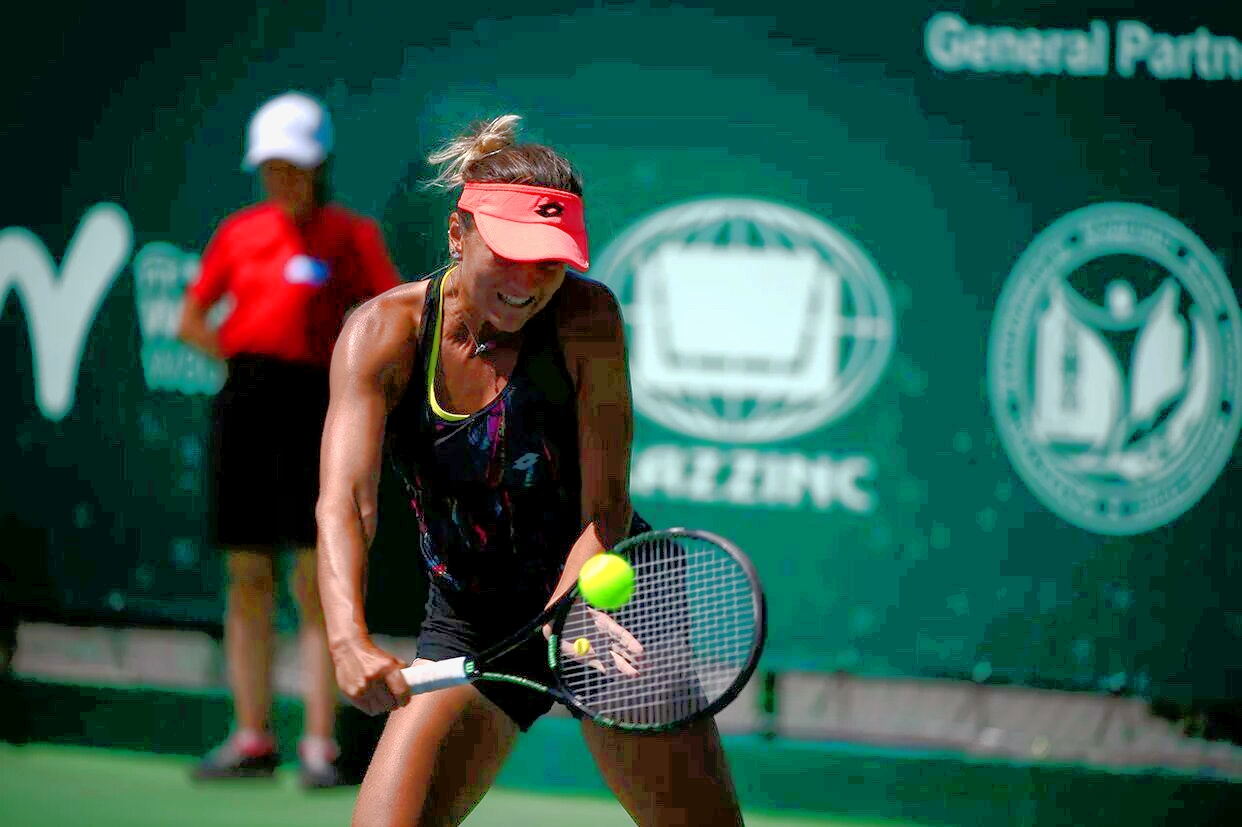 In the first semifinal, the fight for reaching the final was between Iryna Shymanovich and Valeria Vasilyeva, the result of the match 6-3, 6-1 in favor of Irina Shimanovich. The second semifinal match between Vashkevich Milania and Bairashevskaya Elena ended in Milania’s favor with the score 4-6, 6-3, 6-4.

Thus, Irina Shimanovich and Milania Vashkevich fought in the final match of the tournament. The match score 6-1, 6-3. IRYNA SHYMANOVICH has the victory and the CP.by Cup 2020! 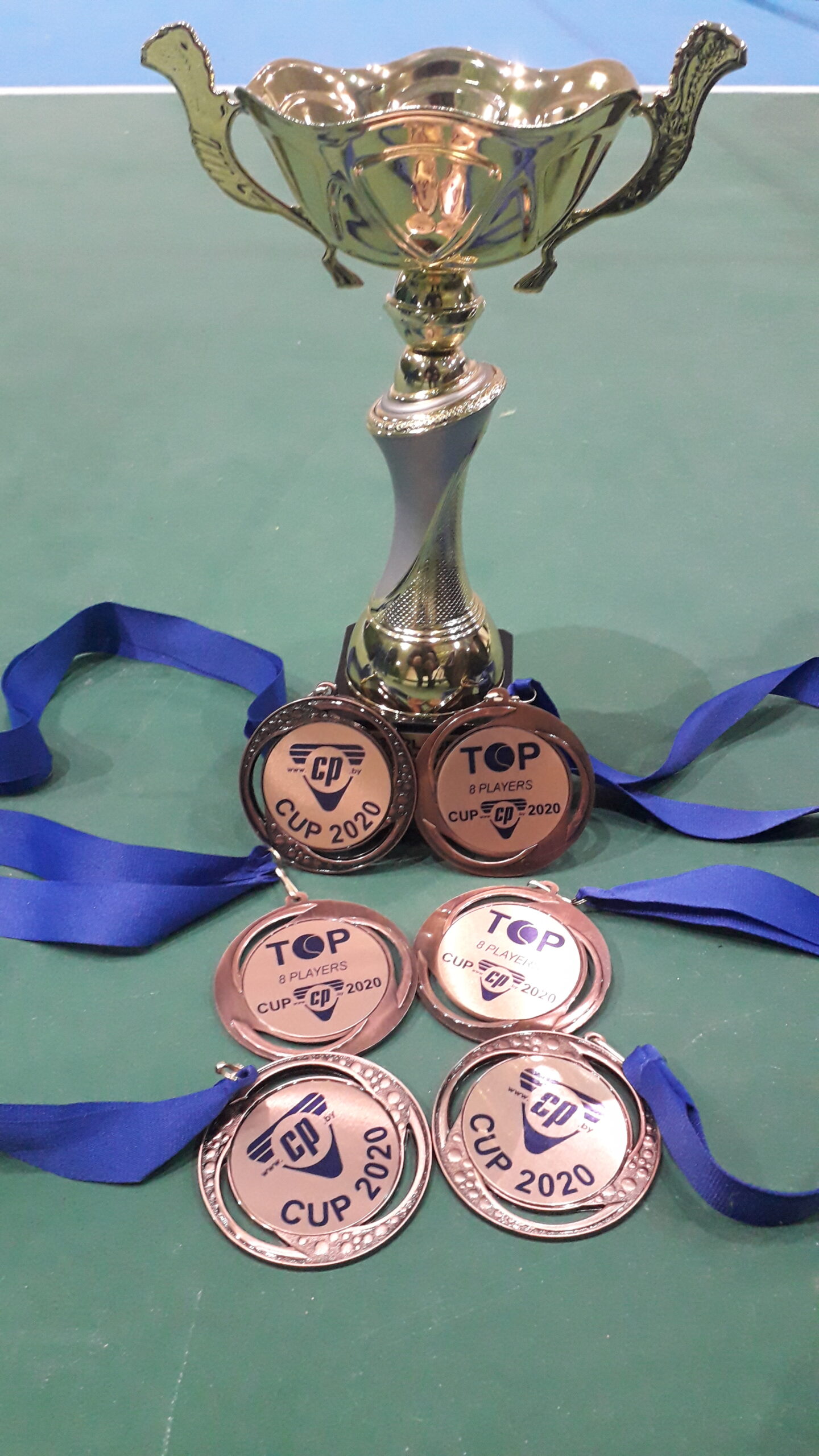 The tournament series of the СР.tennis Cup 2020 are over. The Final is ahead.

As you know, this is the third time we are holding an annual series of tournaments for women. In 2020, as in previous times, many players took part in 11 tournaments and the top 8 players are now preparing for the Grand Final of the Cp.tennis Cup. It will take place from December 26, 2020. The top 8 players in the Cup standings will play round robin. Cup rankings is here.